1. What is Shear Cutting Force? 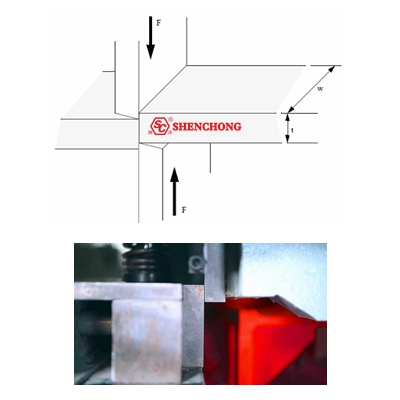 "Shear cutting force" refers to the relative dislocation and deformation of the cross-section of the material along the direction of action of the external force under the action of a pair of lateral external forces (that is, the force perpendicular to the action surface) that are very close to each other and have the same magnitude and opposite directions. The force that can cause shear deformation of a material is called shear force or shear force. The section where shear deformation occurs is called the shear plane. The key to judging whether it is a "shear force" is whether the cross-section of the material is relatively dislocated.

A typical shearing machine includes a table with support arms to hold the sheet, stops or guides for holding the sheet, upper and lower straight edge blades, and a measuring device for precise positioning of the sheet. Place the sheet between the upper and lower blades and press them together on the sheet, cutting the material. In most devices, the lower blade remains stationary while the upper blade is forced down. The upper blade is slightly offset from the lower blade, approximately 5-10% of the sheet thickness. In addition, the upper blade is usually angled so that the cut is made from one end to the other, reducing the force required. The blades used in these machines often have square edges rather than cutting edges, and are available in different materials such as low-alloy and high-carbon steels.

3. How to calculate Shear Cutting Force?

The shear cutting force calculation of inclined blade shear with blade support in straight motion mainly use the Norshari Formula by the former Soviet scholar: 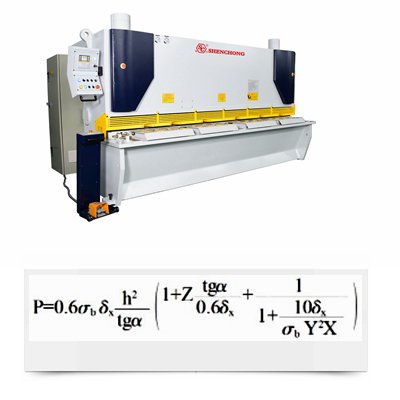 In the cutting force formula: