The deformation of the workpiece in sheet metal forming is a relatively difficult problem to solve. First, the cause of the deformation must be analyzed, and then countermeasures can be taken. 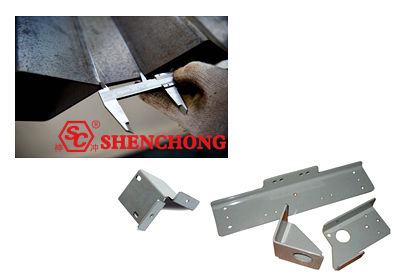 The material and structure will affect the deformation of the workpiece.

Therefore, when designing parts, the influence of these factors on workpiece deformation should be reduced as much as possible.

Especially in the structure of large parts, the structure should be reasonable. Before sheet metal forming, the hardness, looseness and other defects of the blank should also be strictly controlled to ensure the quality of the blank and reduce the deformation of the workpiece. 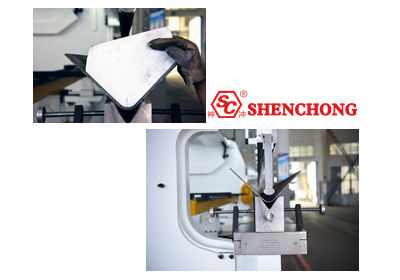 Secondly, it is necessary to increase the contact area between the workpiece and the fixture or use the axial clamping force. Increasing the rigidity of the part is an effective way to solve the clamping deformation. However, due to the characteristics of the shape and structure of thin-walled parts, they have low rigidity. In this way, under the action of clamping force, deformation will occur.

Increasing the contact area between workpiece and fixture can effectively reduce the deformation of workpiece during clamping.

- When milling thin-walled parts, elastic pressing plates are widely used. The purpose is to increase the stress area of the contact parts.

- When turning the inner diameter and outer circle of the thin-walled sleeve, whether using a simple open transition ring, or using an elastic mandrel, a full arc claw, etc., the contact area during workpiece clamping is increased.

This method is conducive to bearing the clamping force, so as to avoid the deformation of parts.

That is what we often call the phenomenon of letting the knife. Corresponding measures shall be taken on the tool to deal with such deformation.

A reasonable tool angle is very important for force application, thermal deformation and micro quality of workpiece surface. The heat generated by the friction between the tool and the workpiece during sheet metal forming will also deform the workpiece, so in many cases we can choose high-speed equipment, like high-speed shearing machine and high-speed press brake. Using reasonable cutting parameters in machining is the key factor to ensure the accuracy of parts.

However, after removing some materials and heat treatment, the internal stress changes. At this time, the workpiece needs to reach the balance of stress again, so the shape changes.

This kind of deformation can be solved by heat treatment. The choice of heating time depends on the heating temperature of the parts.

After thermal straightening, the internal structure of the workpiece will become stable. At this time, the workpiece not only gets high straightness, but also the work hardening phenomenon is eliminated, which is more convenient for further finishing of parts.

The casting shall be subject to aging treatment to eliminate the internal residual stress as much as possible, and the method of reprocessing after deformation shall be adopted, that is, rough machining aging reprocessing.

To sum up, for easily deformable workpieces, corresponding countermeasures must be taken in terms of raw materials and sheet metal forming technology. Need to be analyzed according to different situations, we will find a suitable metal forming route.

Of course, the above method is only to further reduce the deformation of the workpiece. If you want to get a higher precision workpiece, you need to continue to learn, discuss and research.