With the transformation and upgrading of China equipment manufacturing industry, under the dual effects of market demand and technological progress, the integrated application of industrial robots and CNC machine tools has developed rapidly in recent years, and the forms of application have continued to expand, bringing new promotion to the current trend of machine tool intelligence. It will also play a beneficial role in promoting the transformation and upgrading of my China machine tool industry. In view of the development status of robot research and integration with machine tools, how should relevant enterprises establish an effective organization and liaison mechanism to strengthen communication and cooperation, and what technical specifications and standards should be established for the integrated development of the two industries to fully achieve resource sharing and complement each other's advantages and form a joint force for industrial development? 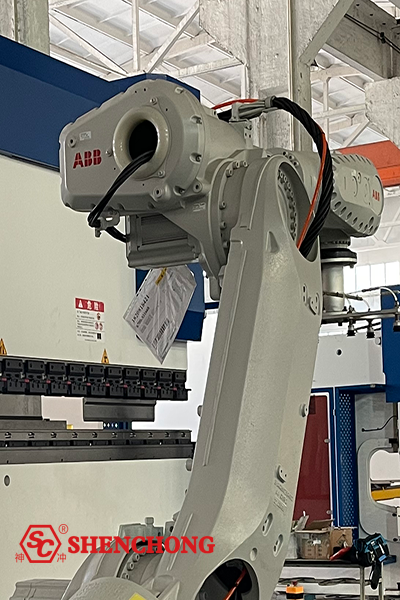 1. The Status Quo Of The Two Major Industries

The medium and low-end products of CNC machine tools in China basically meet the market demand, and the level of design, research and application has been improved to a certain extent. It can be said that the total production volume and scale of CNC machine tools in China have leapt to the forefront of the world. However, Chinese high-end CNC machine tools represented by five-axis, high-speed and precision are still in a weak position in international competition, and there is still a stage gap compared with industrialized countries, especially the high-end key functional components represented by high-end CNC systems are externally dependent in high degree.

In addition, with the continuous advancement of the intelligent manufacturing industry and the continuous increase of labor costs in the manufacturing industry, the phenomenon of "machine substitution" in the industrial field is common. Judging from the current situation in China, Chinese labor costs are still on the rise, and it has only lasted less than 9 years since the outbreak of industrial robots in 2012. From Japan's 10-year high-speed growth experience, China is making the robot industry develop in a deeper and more comprehensive field.

How to improve the overall quality of the robot industry? In general, enterprises with the basis of numerical control system, control system, servo motor, and servo control system that can mass produce have certain advantages. The industrial promotion route of Japan's FUNAC company is a typical successful case, which is worth learning and reference.

Several China domestic CNC system companies have entered the industrial robot industry one after another. With the help of the accumulated experience in the production of their own controllers, servo drives and servo motor products, they have completed the fully independent development of industrial robot series. The products cover 3~200kg, and the functions include handling, machine tool loading and unloading, welding, palletizing, gluing, grinding and polishing, cutting, spraying, sorting, assembly, etc.

With rising labor costs, lack of skilled workers, high-risk environmental protection, and high-intensity operations, the participation of industrial robots in manufacturing has been widely recognized and continuously used, and has become the focus of social attention. The government also uses this to promote industrial transformation and upgrading, and enterprises use it to carry out technological transformation, change production methods, and improve operational efficiency. However, the number of robots in China is not large, the national brand is still being cultivated, and the comprehensive competitiveness needs to be improved. So, what model will the robotics industry move forward in? At this stage, the coordinated development of the industrial chain of robot enterprises, key robot component suppliers, and robot integrators are even more needed. 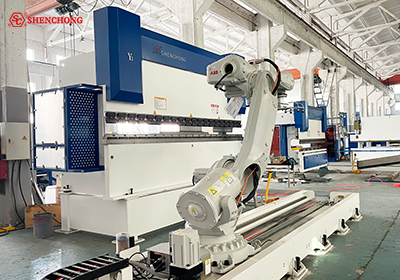 The current specific application forms of industrial robots and machine tools mainly include: 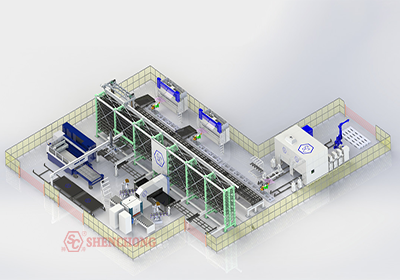 The robot undertakes the process conversion of the workpieces and forms a flexible production line with several machine tools, which is an application that is more complex and valuable than single machine loading and unloading. In the current process of industrial transformation and upgrading, the market demand is getting stronger.

In this application, the machine layout depends on factors such as the process route and site conditions. The common forms are L-shaped, U-shaped, straight-line, and opposite layout. Among them, three CNC machine form a U-shaped layout, and a robot performs workpieces conversion in the middle of the field. This layout is very compact.

3) Complete The Processing Process With The Machine

The robot clamps the workpiece to realize the processing operation on the punching, shearing and press brake, which is not only a simple loading and unloading, but also replaces all the original manual operations. This is more accurate and faster than manual operations, thereby improving product quality and production efficiency. In particular, it completely solves the hidden danger of work injury of stamping machine tools.

Equipped with special grippers for the robot, the robot can complete the process of cutting, grinding, polishing, cleaning and so on. Even the robot can directly hold the cutting tool, and the workpiece can be punched, tapped, riveted, and can also be cut. In this case, the robot itself is a machine tool.

Robots with vision and touch can be used for complex processes such as assembly and parts sorting. Even for loading and unloading, special workstation tools with positioning devices are not required.

Equipping the robot with special grippers can be used for casting and forging machinery operating in high temperature environments to complete tasks that are difficult to be done manually, such as taking molten iron, pouring, up and down hot blanks, and replacing hot molds. 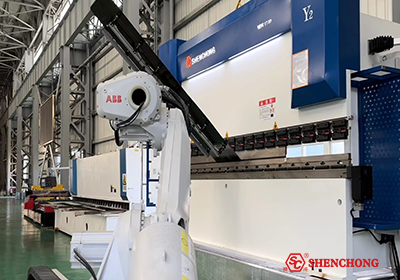 There are two main ways to integrate robot bending applications. One is the CNC press brake machine as the center, the robot is equipped with a vacuum suction cup, and the magnetic force divides the feeding frame, positioning table, unloading table, and turning frame to form a bending unit. The second is a flexible sheet processing line formed by robots and laser equipment or CNC turret punching machines, industrial robot walking shafts, sheet material transmission lines, positioning tables, and vacuum suction cup grippers. Using the technology and platform of the robot control system and the machine tool numerical control system to achieve seamless connection, develop a bending software package, and realize closed-loop control of the robot support during the bending process. At different bending speeds, the robot achieves full tracking of automatic matching, and the bending software package also shortens the teaching time of bending from the past 2-3 days to 2-3 hours. It is well used in the processing of switch cabinets, file cabinets, elevators, security doors, etc.

There are two main ways to integrate robots and press stamping applications. One is single robot punching and unloading: the robot moves the sheet from the unstacking table to the positioning table, and then moves it to the press mold for stamping. After the stamping is completed, the robot takes the material into the stacking table to realize A single press robot automatically loads and unloads. The second is the robot stamping connection: establish a stamping connection between multiple presses through multiple robots. According to the requirements of the forming process of the processed workpiece, it needs to be processed in multiple presses. The entire production line is composed of a destacking robot, a feeding robot, a transfer robot between the presses, and a tail line robot. Compared with the manipulator with linear coordinates, the industrial robot is more flexible, has no equal requirements on the mold, and is easy to integrate. The autonomous press control system and the robot control system are seamlessly connected, so that the robot's action and the press can be optimally coordinated, and the field bus is used to maximize the efficiency and safety of the entire production line

A hot die forging line usually consists of two die forging presses, one for punching and the other for trimming. The integrated application of hot die forging robots is usually equipped with two robots, one is responsible for transferring the high-temperature materials processed by the intermediate frequency furnace to the stamping forming die forging press, and the other is responsible for taking the material from the stamping forming die forging press and transferring it to another die. Forging press for trimming. In order to prevent the high-temperature stamping workpiece from sticking to the mold, it is necessary to lubricate the mold with graphite after each stamping. The lubrication can be completed by a robot or a special mechanism can be used. Since forging is a harsh environment with high temperature and high humidity and graphite lubrication, special attention should be paid to the protection work of the robot and the ability of the robot to resist heat radiation. Structural features that keep the self away from thermal radiation. The electronic cam control system is installed in the die forging press, so that the operation of the die forging press is coordinated with the operation of the robot, so as to improve the processing efficiency and improve the safety of the system.

Wuxi Shenchong is not only a traditional manufacturing factory with hydraulic press brake for sale, but also transform as a professional Sheet metal automation production line solution expert. Welcome to contact with us, we will provide robot press brake, loading and unloading system, sheet metal storage tower, and more other automatic production line technical proposals